For some time now, I have been trying to create a copy of Diego Simeone’s 4-4-2 formation. I eventually succeeded, but it wasn’t working well for teams below average. I tried his tactic with Almeria, but the results were very poor, because they don’t have the quality that squad Atlético Madrid has. Based on my observations, Simeone’s tactic is the best when compared to other managers using the 4-4-2 formation in Football Manager 2017. Another admirable tactic is the one used by Roger Schmidt. Both managers (Simeone and Schmidt) are the only ones using this formation and they haven’t been sacked from their jobs.

When playing against Atlético Madrid, you will notice that they aren’t interested in retaining ball possession. They always go for direct passing. And most of their goals come from low crosses. However, it is difficult to shut down two of their front strikers. Most times, when your team is busy trying to break through their defense, the two [Atlético] strikers acquire good positions in your defense line while waiting for a long pass from their defense line. Once it comes, your team becomes defenseless. And before your team returns for defense, the damage has already been executed. Antoine Griezmann is always the terminator in such circumstances.

The thing with Diego’s tactic is that it doesn’t work well on low-ranked teams or even on some good reputable teams in FM17. Players suitable for the tactic aren’t cheap to sign. Nevertheless, from my experience, creating a solid 4-4-2 formation isn’t that easy because there’s a noticeable poor connection between the midfielders and strikers. But with some installations made, I arrived at a tactic that improves the connection between them, and also engages the wingers in playing a vital role. The key is to get the players available to one another, with the aim of ameliorating the flow of passes.

The tactic covered in this write-up was created to improve the attacking dynamics, defense positioning, ball possession, and teamwork in the 4-4-2 arrangement. A bit of Diego’s role selections are installed in this formation.

As you can see from the screenshots above, Unión Deportiva Almería is the depicted team. Almería is the first team I tried this tactic with during my second season in La Liga. The tactic contains a Flexible team shape, a Counter mentality, and 18 team instructions. This tactic can also be suitable for Attacking, Control, and Defense mentality.

For the team instructions, I chose Exploit-The-Flanks and Clear-Ball-To-The-Flanks because of the number of players I have in the midfield. Exploiting the middle doesn’t work out fine. With the flanks being the focal point, most of the attacks will be carried out by the wide players, providing crosses for the strikers in the opponent’s box. Moreover, instead of using More Direct Passing, I opted for Shorter Passing because it’s most efficient in this formation. Shorter passing helps to maintain possession and also inspires the players to choose carefully before hitting the ball.

Simeone uses the goalkeeper role with defend duty in FM17, so I intend to keep it that way.

The Ball Playing Defender (BPD) role is most suitable because the assigned player helps by comfortably distributing the ball to the wide players, which gives them a chance to launch an effective attack. The type of defenders present in this tactic really do promote the flow of passes, particularly accurate long passes to the wide players. Since I intend to exploit the flanks, these two defenders help in making that happen.

With both defenders having the same duty of a “cover,” they are expected to drop a little deep with the aim of winning through balls behind the defense line. By this action, the opponent finds it difficult to get One-on-One chances with the keeper.

An attack-minded fullback gets more freedom to move forward and take good positions for crosses. The player is always alert and active because he’s supposed to go deeper toward the opponent’s third and return as quickly as possible when the team loses the ball.

Assigned players should be very good in these attributes: crossing, positioning, tackling, marking, acceleration, and pace.

The Box-To-Box Midfielder (BBM) is an indispensable role in this tactic. He usually works tirelessly to offer support to both attackers and defenders. When you instruct him to get forward, the BBM makes impressive forward moves to opponent’s third when the team has the ball. He wontedly gets his own scoring chances by placing powerful shots from outside the opponent’s box. Thus, any player you choose in this role should have a good long shot attribute.

In other words, for the Advanced Playmaker (AP), his main job is to distribute key passes to the wingers and fullbacks. His usual way of dominating the game is to switch the ball to the flanks, however, this player can operate from anywhere around the pitch and he always aims to create a lot of chances for the strikers. The player’s dribbling, first touch, passing, vision, technique, anticipation, decisions, and off-the-ball skills should be his key abilities.

Because I want aggressive attacks from the flanks, just like in Diego’s tactic, I selected attack-minded wingers. But because the wingers usually stay wide, the midfielders find it a bit difficult to distribute the ball to them without the ball being intercepted by the opponent. Considering this distribution problem, I need the wingers to act as Inside Forwards (with support duty), making themselves available for the midfielders and strikers. Placing a right-footed player to the left wing and a left-footed player to right wing solved the situation.

With this arrangement, for example, the left-footed player on the right wing can easily receive the ball from the midfield because he’s going to come close since his left foot tends to make the first touch on the ball. The wingers are capable of doing the damage of a basic attacking winger and inside-forward.

I find this role most appropriate for both strikers. The strikers draw deep into the midfield to collect passes and distribute them to any available player or overlapping player. This action does help in improving the attacking dynamics of the team. In terms of maintaining possession and creating spaces for fellow teammates, the defensive forwards are up for the challenge.

Instructions for the Strikers

Setting the opposition instruction for this formation depends on the type of formation the opponent is using. In general, it’s best to set Closing Down to “Always,” Tackling to “Hard,” and Show Onto Foot to “Weaker Foot.” The following screenshots provide some good settings:

In the training section, I usually hand the reigns regarding general training to the Assistant Manager while I handle the match preparations.

The best preparations for this tactic are Teamwork and Defence Positioning, however, you can set it to another focus if you feel there is a need to.

Similar to the 4-2-3-1 Wide formation, this 4-4-2 formation comes with an effective tactic that’s suitable for every team. Problems arise when the opposition manages to shut down the wingers and fullbacks. Since the attacking strength of this tactic rests on the wingers, they have to perform well. Both fullbacks must be very active because weak performances from both will cause a lot of problems for the team.

Feel free to drop questions concerning this tactic in the comment box below.

FMtrendGames ⚽ @fmtrendgames
20 hours ago
Working with Niko Kovač tactical setups at AS Monaco. All his tactics are energetic, with his players adapting in such energy. More details coming your way soon. #FM21Tactics https://t.co/TAMwJAWVaY
View on Twitter 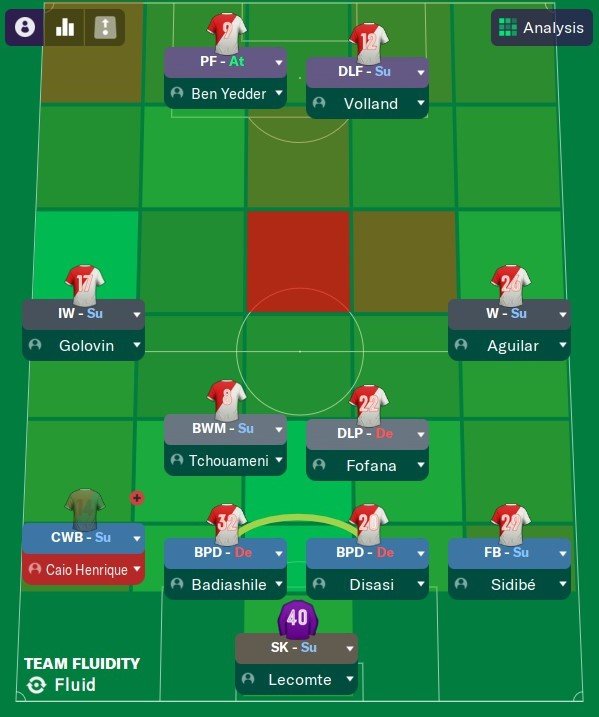 FMtrendGames ⚽ @fmtrendgames
4 days ago
Vertical Tiki Taka: Hans-Dieter Flick 4-2-3-1 with Bayern in #FM21. Next will be Monaco Tactic with Niko Kovač. Till then, #Staysafe and Enjoy the game. https://t.co/wl5ZVT3QjP
View on Twitter
1
5

FMtrendGames ⚽ @fmtrendgames
2 weeks ago
Working on the last tactic of Hans-Dieter Flick tactic with Bayern for #FM21. The German boss’s current tactic is a bit different from last season's but the same formation structure. Details will be out ASAP. https://t.co/wvWXyENSCL
View on Twitter 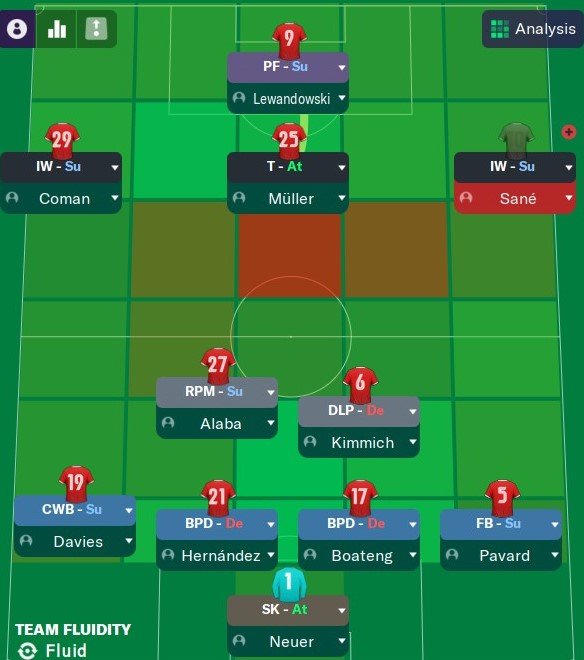