It has been long we have been asked to recreate Ole Gunnar Solskjær tactic at Manchester United in FM20. But honestly, we tried our best to make it work while matching his tactical style – it just didn’t work out. We abandoned it and recreated other tactics.

This was hugely influenced by the fact that FM20 just doesn’t appreciate a defensive tactic – at least not as we wanted. Man United then, prior to the lockdown, were playing a safer and defensive kind of football. They defended deep and waited for a counter-attacking opportunity. There was insufficient to lack of creativity in the team.

However, after the lockdown, Ole showed us a different kind of the Red Devils we craved for. The team’s creativity improved dramatically – thanks to Bruno Fernandes, in form Matic, and the return of Paul Pogba. The Man United boss now plays a possession with fluid counter-attacking football. If they keep up with this style of play, there’s a high possibility of them coming to the 2020/2021 UEFA Champions League.

In this post, we will share what we have learned so far with Ole Gunnar tactic this post lockdown games. We will also include an in-game video from FM20.

By subscribing, you certainly support our work on FMtrendGames. Thank you so much. Cheers!!

In reply toBJK Fan
13 hours ago
@BJKFan20 Can you type in English so that i can understand your question?
View on Twitter
0
0 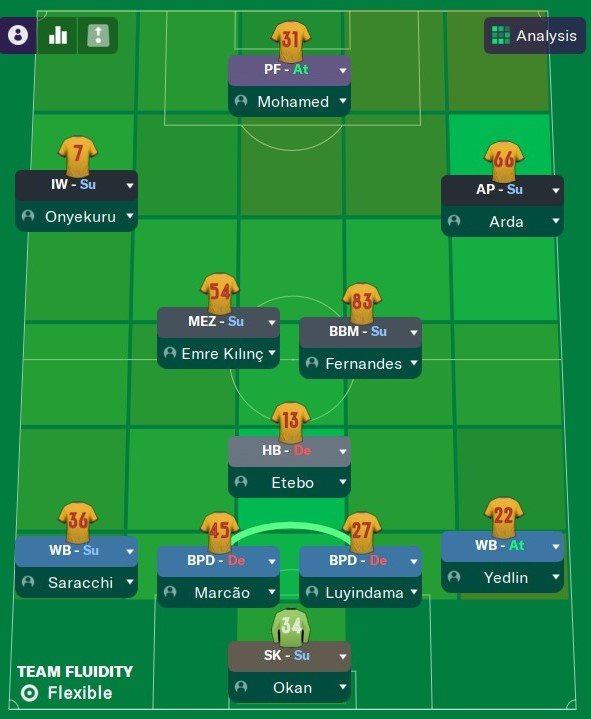